Michelle is the daughter of Brenda Larry Nungurrayi and granddaughter to Carol Nampitjinpa and Tommy Lowry (Larry) Tjapaltjarri. She is not sure who her father is. Her other Grandfather is Dr. George Tjapaltjarri both were acclaimed artists who became part of the original group of painting men that formed around Geoffrey Bardon at Papunya in 1971. Tommy was also one of the original Papunya Tula shareholders when the company formed at the end of 1972.

Michelle Butler Nakamarra had a rough start to her childhood and she said she was abandoned by her mother as an infant. She was ‘grown up’ (adopted) by Michael Butler and Amy Yupangarri which is how she became part of the Butler family. Michelle has strong ‘family’ connections from the APY Lands having grown up in Mimili and Tjukurla. She also spent time in Patjar with Manupa Butler who she calls her Grandmother. Michelle is also closely related to the Ward family who include George Ward Tjungurrayi, Nangawarra and Gracie Ward and Janie Ward Napaltjarri. Michelle also spent time in Kintore and Kiwirrkurra further north in Pintupi country with her Aunty Lorna Ward and her family.

Michelle’s dreaming’s have been passed down to her from both her Grandfather and Grandmothers sides, she often paints Seven Sisters, Minyma Inmaku, (Women’s Ceremonies) bush tucker and water dreaming stories from her Grandmother’s country around Tjukurla, Mimili and Patjar in W.A. which is close to the South Australia border. 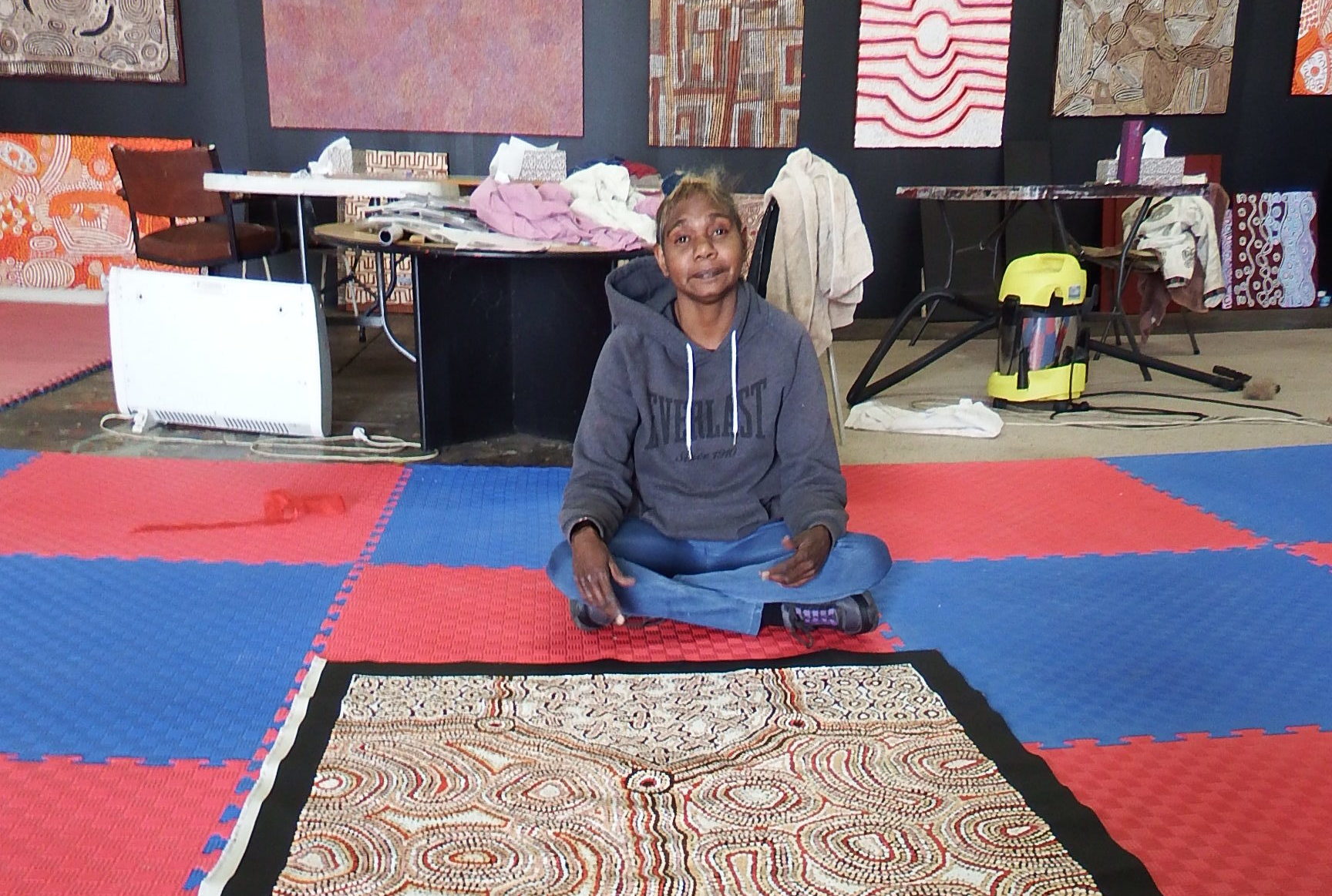