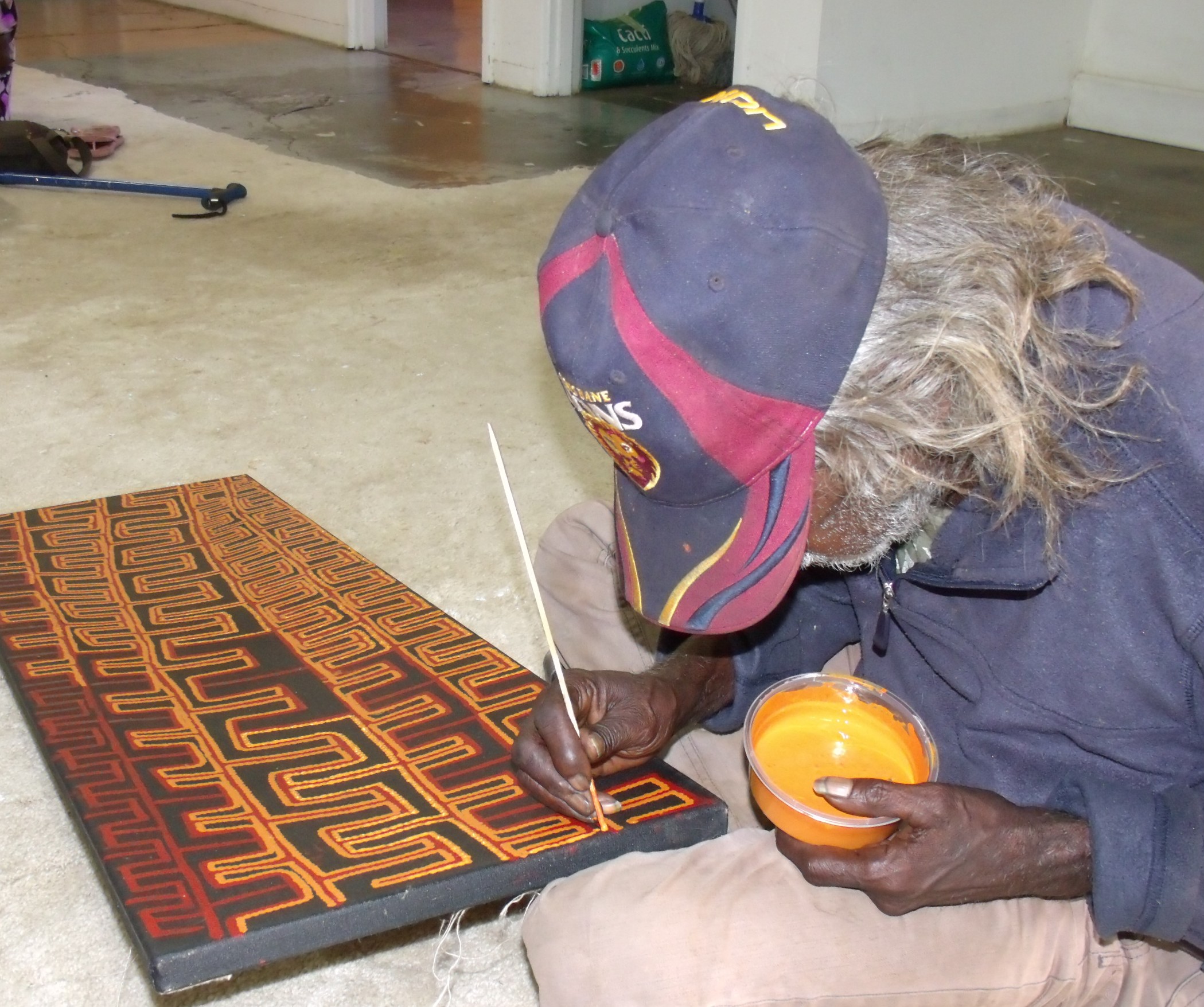 Family History:  Ray was a young boy when his father Anatjari Tjampitjinpa and her mother Mamuriu Napaltjarri came in from the desert in 1963. One of the last groups to do so under the direction of Welfare Patrols lead by Jeremy LongThe patrol, with Nosepeg Tjupurrula and a Tjampitjinpa from Papunya, had been looking for them on the road, the original road made by Len Beadel west into W.A. from Sandy Blight Junction.

In 1984 Ray was involved with the first contact of the last group to come out of the Gibson desert, they are her Tjapaltjarri uncles, his mother’s brothers.

Ray lives at Kiwirrkura, WA. With his wife Donna and their children and grandchildren.

Dreamings: Ray learnt to paint whilst assisting his father at Kintore in the early 1980’s. Ray paints designs associated with the secret Tingari ceremonies at the sites of Tjulna, Wala Wala, Yanula and Jupiter Well located west of Kiwirrkura, he is also custodian of other sites of her father’s country.